Announcing our newest crew member! Off of Georgian Bay and onto the Trent-Severn Waterway We all fit in our 20 foot Esquif canoe…barely

Canoe Across Canada has a brand new look. The folks at BXB media have put together a classy new design that includes a map of Canada showing our route and a place to subscribe to our updates. Click on this link to check it out: www.canoeacrosscanada.ca

Guess what we forgot to pack?

I was in charge of packing the kids stuff and Geoff was in charge of the big, green pack. In the chaos of getting ready for the trip, we got our wires crossed. I put together the diapers for the kids and gave them to Geoff (thinking he’d be packing them in dry bags to put into the green pack.) Geoff thought I had already put them in a dry bag and packed them.

We got to the Bass Lake Tramway on the French River and I asked Geoff to pull out more diapers for Rane. Judging by the look on his face, there were no diapers in the pack. We had 3 left! Fortunately we were only a 15 km paddle from the marina. We laughed and immediately made plans to meet up with Bob (Geoff’s Dad) to pick up diapers. No matter how thorough we plan, we seem to forget something every year… Geoff raising the sail to take advantage of the tailwind on the way from Bass Lake Tramway to the marina to pickup the diapers from Bob. It was a 30 km paddle round-trip. Exploring the Tramway area while waiting for the winds to die down.

The Canadian Shield is stunning. We have had a wonderful time paddling amongst the thousands of granite islands and shoals. Camping on Cunningham’s Island on Georgian Bay, ON. We took advantage of an existing firepit to combat the cool weather. Jude is wearing a sweater I finished knitting the day before we headed out. Rane likes to sit in his Go-Pod (a collapsible exersaucer) and watch the world go by.

Life in the Tent with a Preschooler and Infant Jude loves his sleeping bag. He is now old enough that he usually stays inside it throughout the night. Life in a tent with a preschooler and an infant can be chaotic – it’s also a lot of fun! Taq still prefers to sleep in the vestibule so that he can watch the world go by. It is tough to keep covers on an infant. Instead, we dress Rane in a Danish wool balaclava and fleece grobag. In addition, I have a sleeping bag extender that allows me to share my body heat with him when it is expecially cold outside. Jude is showing Rane how to play with Rane’s toys. Jude chooses our lunch spots based on a good rock for zooming monster trucks.

The end point of our trip across Canada has changed many times over the years due to our expanding crew members. It started off as being St. John’s, Nfld., then changed to Nova Scotia.

One thing that has never changed is our desire to end the trip with a huge party!!! After looking at the maps, we have now settled on Quebec City, QC. It is a realistic distance, on the St. Lawrence (tidal waters), and a beautiful city of historical significance.

We are planning the big party for Saturday, August 31, 2013. We are still working out details such as the exact location of the celebration and the booking entertainment. One thing is for certain – dinner and drinks will be on us!

Now that we have the big details nailed down, we’d like to know who is going to be joining us. Please send us an e-mail at email@canoeacrosscanada.ca. We will contact those who have responded with the finer details once we have them finalized. 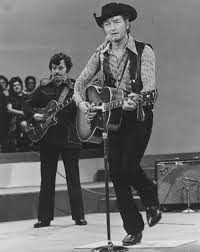 77 year old Canadian Country and Folk legend,Stompin’ Tom Connors, passed away this year.  His love of Canada has been an inspiration to us on our trip across Canada.  Our 18 foot Novacraft canoe was christened “Suzy Jack” in honour of his song “Gumboot Clogeroo.”  The 20 foot Esquif Miramichi bears the name of the song titled “Margo’s Cargo”.

We’ve spent hours singing Jude’s favourite song – “Where would I be?”  We often change the lyrics to fit into the area we are paddling through.

We had secretly harboured the hope that Stompin’ Tom might consider attending our end-of-trip celebration.  Unfortunately, we took a year too long to finish.  If you have never heard his music, we encourage you to take a little time to check it out at http://www.stompintom.com/index.htm.  He was a great Canadian.

Where are we going from here?

We will be continuing south from Pointe au Baril on Georgian Bay to the Trent-Severn Waterway at Port Severn, ON. 5 Responses to 2013 Paddling Season has begun!